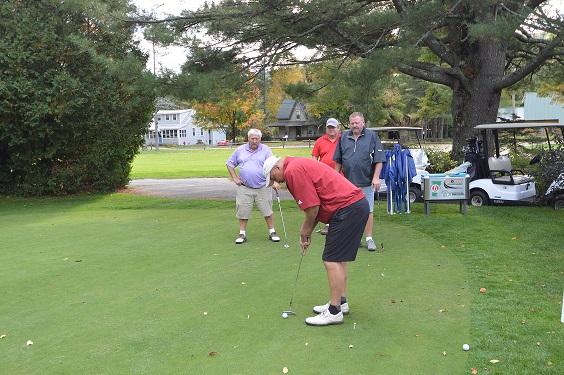 It’s been over 12 years since the Vermont Independent Electrical Contractors Association (VIECA) formed their Annual Golf Tournament. This event commenced in Killington in 2006, transferred to the Country Club of Barre seven years ago, and landed in a new location in Fairlee, Vermont this year! Tuesday September 24th, more than 60 golfers, comprising 16 teams, anticipatingly gathered at this impeccably maintained course with sweeping fairways and plush greens, well known as The Lake Morey Resort. This year, a Board of Directors meeting was held prior to the kickoff of the tournament. 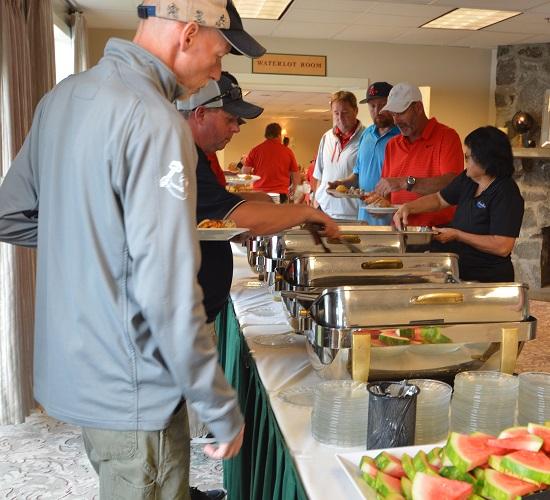 Golfers were served a hearty brown bag lunch, snacks, and gifts prior to the 12:00 p.m. tee time. After chasing golf balls over the 18-hole, 6,024-yard, par 70, course under shattered showers with peaks of sunshine; participants enjoyed a BBQ awards reception where several golfers/teams were recognized for their prowess on the golf course and others won luxurious raffle favors.
Richard Wobby and his AGC team did an exceptional job in making the VIECA tournament run smoothly at their new location; as well as the pro-shop doing a wonderful job running the golf club facility and tallying team score cards. This event by all accounts was an overwhelming success!
AGC/VT staff would like to extend a special thank you to the Lake Morey Resort, VIECA Members, our dedicated sponsors and the many volunteers that spent their day helping to make the event a success!