Safety Leadership: Safety at home starts in the workplace 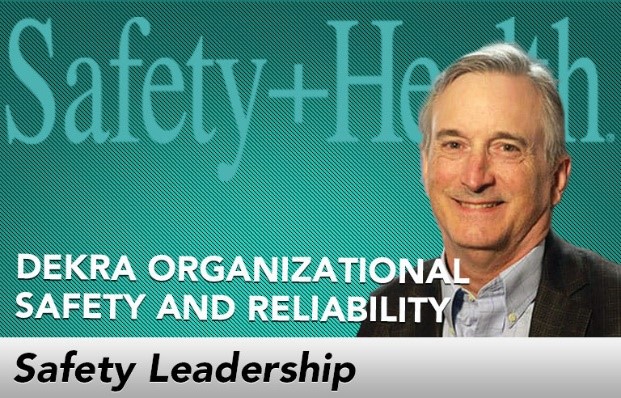 Safety planning isn’t exclusive to the workplace. Safety must also be practiced at home. While on-the-job injury rates continue to decline, the number and rate of unintentional deaths at home are rising at alarming paces. These events are a solemn reminder that safety shouldn’t end when the workday does.
According to National Safety Council data, the No. 1 cause of unintentional death is drug poisoning. Motor vehicle crashes are second, followed by falls. Yet, we keeping reading headlines about people participating in behaviors that lead to death or injury, such as not locking up medications, texting while driving, failing to wear protective gear when climbing a ladder and many more.
As an employee, you hopefully wouldn’t replicate these kinds of behaviors at work. Yet at home, the environment is different and you may think and behave accordingly. The goal of total safety is to get people to model safe work behaviors and instill them at home.
How that can happen is simple: Practice behavior at work that reinforces safety at home whenever potential risk is at play.
That seems logical, but that’s not necessarily always the case. After all, at work, we have a rigorous process toward safety that involves purposely stopping to think about safety when planning a job. That process pushes an employee’s thinking into what we call the “slow brain.” The slow brain is logical – it plans things, it thinks about steps in sequence. It’s a methodical approach to safety.
But, most of the time, we function in “fast brain” mode because it’s more efficient and gets tasks done quicker. When we’re at home and have to do a chore, we just want to get it done. There are no triggers to say you’re not allowed to do that job without a work plan. Or a risk assessment. None of these is in place where we live.
So, what happens if a light bulb on a 10-foot ceiling needs replacing? I may put a chair on the table to change it to get the job done more quickly. As a result, the job is done with no incident. Six months later, when another light bulb goes out, I may do the same thing. If I do that 100 times and the outcomes are always the same, I will continue to repeat that behavior. I have to learn a new behavior to change the light bulb. I may get a family member or neighbor to hold the ladder for me. If every time I do the job that way and I have positive outcomes, that’s the behavior I’ll reinforce in the future. At work, safety is expected, encouraged and reinforced. At home, it requires changing the approach to reduce at-risk behavior and getting positive rewards for it.
We ask people all the time to describe something they did at home that exposed them to risk. Most of the time, they describe a situation in which their safety was in jeopardy but nothing bad happened. For example, a guy climbs up a tree using a ladder while carrying a chain saw to cut some limbs. The ladder falls, he falls and the chain saw almost hits him. He describes this and says, “OK, that was close. No harm, no foul. Let’s get back up there and finish the job.” But something did happen! It’s what we call a “near miss.”
We’re trying to get people to reflect on the near misses that could lead to a life-altering outcome, and then get them to take a step back and figure out a different way to approach that job.
Change can’t involve one person – everyone has to be in it together. That’s really important when you’re engaging in a potentially life-threatening activity. You have to step back, plan the job in proper sequence and engage your family in the conversation.

DOT Office of Drug and Alcohol Policy and Compliance Notice