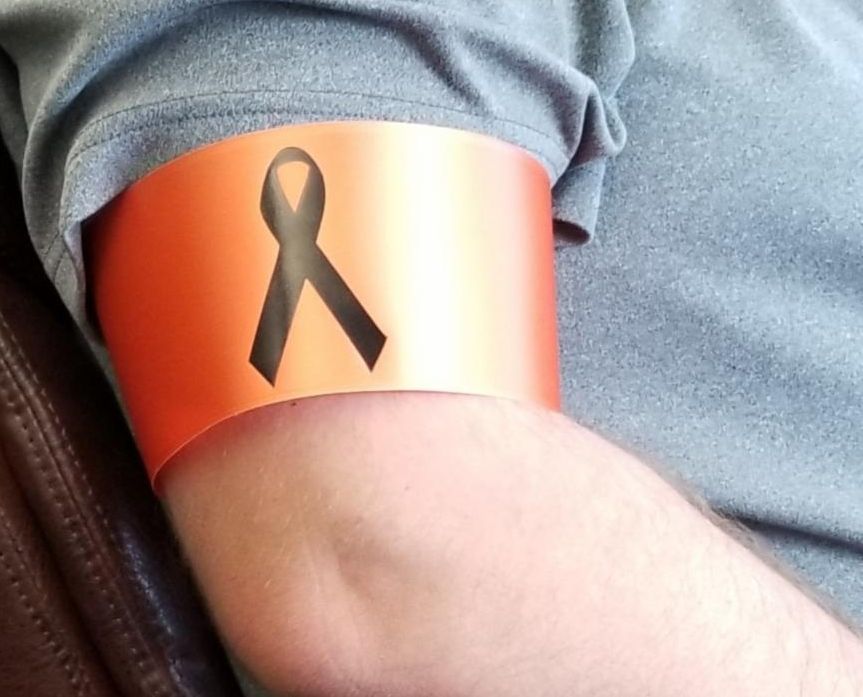 MONTPELIER, Vt. – On Sept. 21, an Orange Lives Matter rally took over the Statehouse staircase. The event was put together by Jillian King and Mike Messier. Dozens gathered in the wake of a number of traffic guard deaths at the hands of distracted drivers. Mike Messier advocated for more enforcement of traffic laws in the state’s work zones.
“We’re doing this so our children and our family won’t have to lose anymore,” said King.
Several flaggers and construction workers were in attendance. Many held signs to remember friends and co-workers who died while working. The rally was a call to action for legislators to step up to keep roadside workers safe.
“I said, ‘How can I continue in this industry without making a change or being a part of a change?” King said.
“Three people die every day across this country just doing their job,” said Messier.
Traffic violations in work zones result in doubled fines – the dollar amount of the fine depends on the amount over the speed limit. Messier said the workers would love to see penalties increased, but more than anything, they just want the laws that already exist to be enforced. 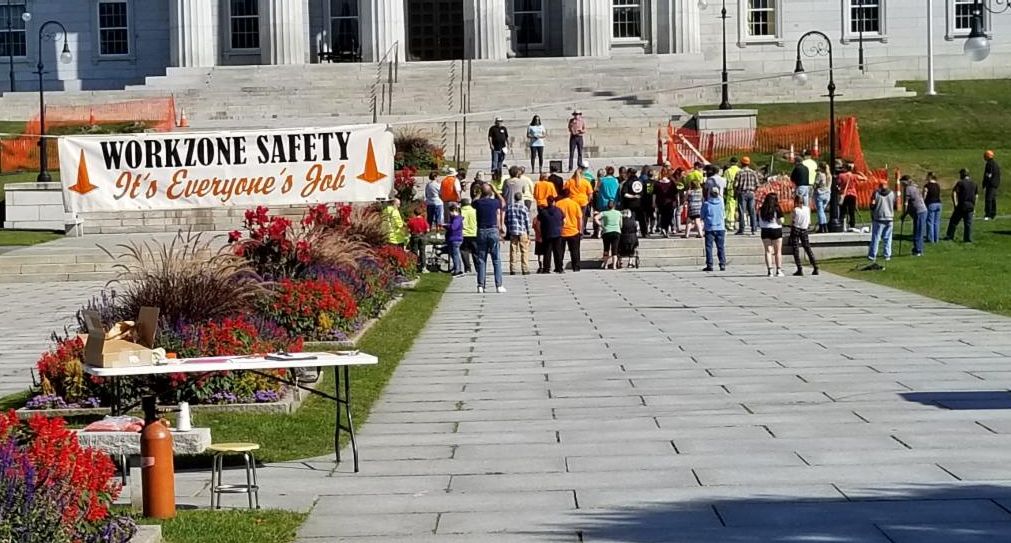 “Right now, they have uniformed traffic officers that sit on our big jobs and have their lights on at the end of the site to warn people that we’re there,” he said. “But they can’t leave that spot to go chase someone down that’s on their cellphone and give them a ticket.”
He said he sees that happen all the time. Despite an officer being on site, they see drivers speed up as soon as they pass the cop car, with no one to chase them down. But the even bigger problem, he said, is distracted drivers – usually using cellphones.
“We’ll see 50 to 100 people every day travel through busy job sites clearly on their phones,” King said.
ADA Traffic Control trains its employees on safety continuously, King said. But she said that can only help so much when drivers aren’t paying attention.
In the last five years, there’s been 104 deaths and injuries of road workers in Vermont, King said. And as long as nothing changes, she said, that number is only going to grow.
“I’m afraid for all these people,” King said. “I know their lives, I know their friends, I know their kids, like I’m afraid for everybody every day.”

She is working with her mother, who writes grants, on a proposal to submit to the Legislature when they reconvene in January – one that she hopes will finally make a difference.
State Rep. Brian Smith was also in attendance to discuss a bill he will propose in January. Smith’s bill will fine distracted drivers $250 fine and put four points on their driving records for first offenders. $250 fine and five points, for second offenders and $500 fine and ten points, in the event of an accident due to distracted driving.
“Why are our lives worth $250 to $500?” she sighed. “Aren’t we worth more than that?”

Who Will Own Your Business After You?