For those who placed bets on the adjournment date, unlike the 80-1 odds that we saw in the Kentucky Derby, most folks were quite close when they guessed “this week”. It may not seem like it, but many of the legislators have quite a sense of humor. One can find little morsels of humor squeak out a bit especially when many of them are running on empty as the session winds down, although it feels more like a microburst.

On Thursday, the Vermont General Assembly adjourned, narrowly escaping a potential showdown veto session. It appears level minds prevailed and most of the rough spots in the ‘must pass’ budget were ironed out with the Governor’s Office. With a record number of vetoes and several that were sustained, Governor Scott often felt like he was “the last man standing”. Most consider a successful session is when no one gets what they want, and compromises have been made along the way.

This session was a bit different than last session as much of the negotiations were being done over the weekend and behind closed doors. Again, sneaky little buggars. Governor Scott was criticized profusely over the last two weeks of the session for his lack of engagement of letting Legislators know what changes he needed in legislation to avoid a much too familiar confrontation at the end of the session.

Very typical of the last week of the Biennium many Legislators made their retirement announcements. The House of Representatives is seeing a large roster of Committee Chairs retiring. At last count, seven Committee Chairs were retiring in the House, and so far, three of the Senate Chairs are bidding goodbye to the halls of the Statehouse. For some, bidding adieu ends more than a 30-year career in the General Assembly.

The FY23 budget as voted by the Committee of Conference appropriates a total of $8.3 billion to meet the ongoing costs of operating state government.

This bill proposes to adjust the FY 2022 capital construction budget. H.739 adds $17.2M in funding to the current Capital Budget and appropriates $113M in one-time ARPA funds. (a portion of ARPA funds allocated via H.518).

This bill proposes to adopt the State’s annual Transportation Program and make miscellaneous changes to laws related to transportation. The Legislature passed this record setting budget of $867M due to an estimated $1.645B in highway funding over five years Vermont will receive from the Infrastructure Investment & Jobs Act (IIJA).

The bill appropriates more than $22.5M for electric vehicle incentives and infrastructure and additional funding intended to reduce transportation-related greenhouse gas emissions. It also requires the Agency of Transportation ensure the proposed FY2024 Transportation Program focus funding on projects that align with the recommendations of the Climate Action Plan.

The bill also includes the use of sustainable building components such as recycled glass which can be used as an aggregate to substitute for virgin or manufactured sand or ground and used as a pozzolan.

The bill does not include policy for an alternative method of funding for maintenance of roads due to decreased gas tax revenue as more electric vehicles hit the road and car manufacturers continue to increase MPGs on new vehicles. Several states have started pilot programs which tax vehicles based on vehicle miles traveled.

The bill proposes to improve student equity by adjusting and adding pupil weights and creating the Education Fund Advisory Committee to analyze Vermont’s education financing system and recommend improvements. The bill includes a study to look at funding and governance structures of Career Technical Education in Vermont.

This bill addresses the economic impacts of COVID-19 on Vermont’s economy and establishes several workforce and economic development programs.

The bill appropriates $84.5M to increase the workforce through recruitment/retention and training for workers in the trades, nursing, and mental health.

The bill also increases the Unemployment Insurance maximum weekly amount by $60 beginning July 2022 through June 2025. If during that time the Vermont Department of Labor updates their IT system, they will provide a $25 Supplemental Benefit and the increased maximum will end. The bill does not include an increase in Vermont’s minimum wage.

This bill combines H.703 and H.159 which were discussed throughout the session. Click here to view the Committee of Conference Report and here for the Conference funding report.

The bill as passed does not include the Rental Housing Registry as proposed over the past few years. This was a point of contention for Governor Phil Scott.

Click here to view the Fiscal Note/Committee of Conference Report.

S.226 Relating to access to safe and affordable housing (Passed)

A huge win for the development community is the inclusion of Wastewater Connection Permit amendments, which will remove the need for Act 250 permit if development is connecting to a registered municipal wastewater system.

The bill appropriates $15M for the Missing Middle Income Down Payment Assistance and $1M for the Community Partnerships for Neighborhood Development.

Beginning January 1, 2023, a person will be required to report surface water withdrawals over 5Kgal/24 hours or 150K/30 days. Withdrawals over 50K gal/day require metering or approved measurement method. The Agency of Natural Resources will collect data and create a permit program beginning July 1, 2026.

The agriculture sector will be exempt from the permit program but will report to the Agency of Agriculture Food and Markets if withdrawals go over the de minimis limit of 10,000 gal/day or 150,000 gal/month. Municipal and State infrastructure projects will be issued a 10-year General Permit to cover projects.

This bill proposes to make multiple amendments to the State land use and development law Act 250 and restructuring the Natural Resources Board to the new Environmental Review Board. Click here to view the summary of bill and here for as passed.

S.113 Relating to establishing a cause of action for medical monitoring expenses (ACT 93 Signed into law April 21, 2022) 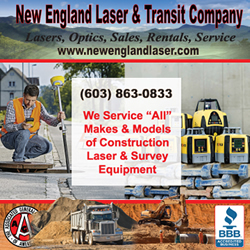