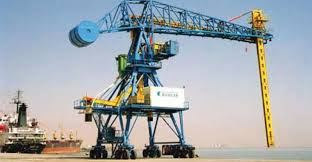 Workplace practices affect all of us.
As 19-year-old Sarah Wong and 71-year-old Alan Justad sat in their cars on Mercer Street in Seattle, waiting for traffic to move about 3:30 p.m. on April 27, 2019, a construction crane fell from nearly nine stories above, crushing their cars and killing them. The collapsing crane also killed 31-year-old Andrew Yoder and 33-year-old Travis Corbet, ironworkers who had been dismantling the structure. Four other people down on Mercer Street were injured.
The Seattle tragedy dramatizes the reality that hazards often lurk above our heads. Thankfully, cranes don’t fall every day. But wherever work is underway at heights – on multistory buildings, bridges, cell towers, raised walkways, wind turbines, factory equipment – any safety lapse can lead to serious injury or death.
The Bureau of Labor Statistics (BLS) reported that being struck by falling objects or equipment resulted in 45,940 injuries in 2017, accounting for 5.2% of all workplace injuries. According to the Occupational Safety and Health Administration (OSHA), dropped objects are the third leading cause of injuries in construction.
In addition to dropped objects, workplace falls are a huge problem. BLS reported that in 2017, “fatal falls were at their highest level in the 26-year history of the Census of Fatal Occupational Injuries (CFOI), accounting for 887 (17%) of worker deaths.”
While most incidents involving falling equipment are less dramatic than the Seattle disaster, they can be just as deadly. Examples abound. When a man fell out of the window of his 12th-floor New York apartment in February 2019, a wrench he had apparently been using was found next to him. (Fortunately, neither the man’s body nor the wrench hit anyone below.)
Several years ago, a high-rise construction worker dropped a tape measure – from 50 stories up – in Jersey City, New Jersey, killing another worker on the ground.
Near misses are likewise common. Henry Skjerven was working at the base of a tall grain elevator one day when he felt something heavy whisk past his face, missing him by less than an inch. He looked down and saw a nail-puller tool sticking through a half-inch sheet of plywood flooring at his feet. A fellow worker had accidentally dropped the tool – from 90 ft. above.
Safety at heights isn’t rocket science, although the 1980 explosion of a Titan missile in Damascus, Arkansas – caused by a socket that slipped off a worker’s ratchet and fell 80 ft., puncturing a fuel tank – might suggest otherwise.
Three Steps to Greater Safety
First, employers need to follow best practices. That includes implementing the American National Standard for Dropped Object Prevention Solutions (ANSI/ISEA 121-2018) developed by the International Safety Equipment Association (ISEA), in conjunction with industry stakeholders. And OSHA needs to reference this standard, adopted just last year, as a best practice. Employers can also use ANSI/ISEA 121-2018 as a tool to help them comply with existing OSHA regulations to keep their worksites safe from falling objects.
Second, employers need to jettison the crass and counterproductive notion called “acceptable risk.” The inhuman calculus that a certain number of injuries and even deaths is simply part of the cost of doing business must be replaced by a culture that values life, that strives for productivity within the bounds of safety, and that establishes an operation-wide practice of no-fault communication that not only allows but incentivizes workers to proactively speak up and intervene to prevent incidents and injuries.
The third step involves everyone – employers, workers, and even those of us who will likely never venture higher than a household stepstool. The laws of gravity and physics don’t discriminate. Safety at heights affects workers and bystanders, pedestrians and drivers. We all need to recognize that our actions affect our own safety as well as the safety of others around us. While we can’t stare up at the sky all day watching for falling objects, we can exercise greater situational awareness and accept shared responsibility for helping one another stay out of harm’s way.
Education is vital for improved safety. ISEA – in partnership with the National Association of Tower Erectors and The Associated General Contractors of America – launched SafetyAtHeights.org, an educational website offering information and resources for both employers and workers. Let’s not wait for yet another tragedy to elevate safety at heights to the top of every workplace’s list of priorities.