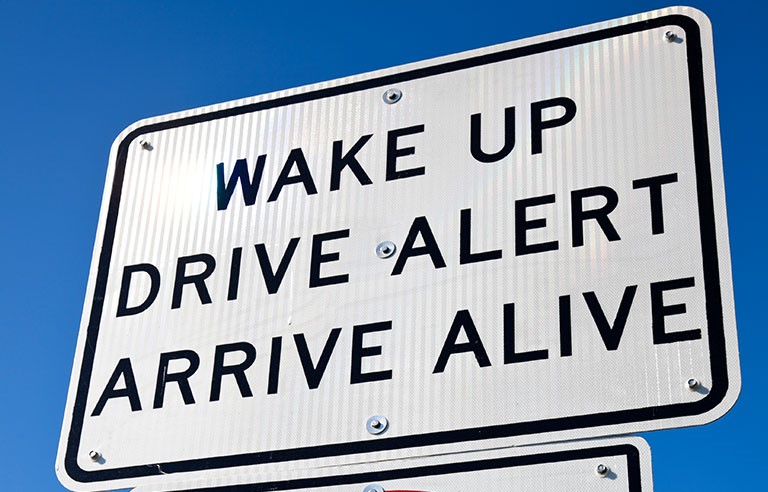 Drowsy driving contributes to about 10 percent of all motor vehicle-related crashes, exceeding federal estimates by nearly eightfold, according to newly released research from the AAA Foundation for Traffic Safety.

Researchers analyzed in-vehicle camera footage of 3,593 drivers monitored over several months, connecting the percentage of time a driver’s eyes were closed to his or her level of drowsiness.
Findings indicate drowsiness was a factor in 9.5 percent of all crashes and 10.8 percent of crashes resulting in “significant” property damage – markedly higher than the 1 percent to 2 percent federal agencies estimate.
Drowsy driving is a bigger traffic safety issue than federal estimates show. Drivers who don’t get enough sleep are putting everyone on the road at risk. By conducting an in-depth analysis using video of everyday drivers, studies can now better assess if a driver was fatigued in the moments leading up to a crash.
AAA also released a video showing drivers falling asleep behind the wheel for a few seconds. Some drivers veered out of their lanes and off the road, while others crossed into oncoming traffic. AAA did not publish crash videos. The association cites research from the Centers for Disease Control and Prevention showing that 35 percent of U.S. drivers get less than the recommended minimum of seven hours of sleep a night.
As many Americans struggle to balance their busy schedules, missing a few hours of sleep each day can often seem harmless. But missing just two to three hours of sleep can more than quadruple your risk for a crash, which is the equivalent of driving drunk.
AAA offers tips to help drivers avoid drowsiness behind the wheel: