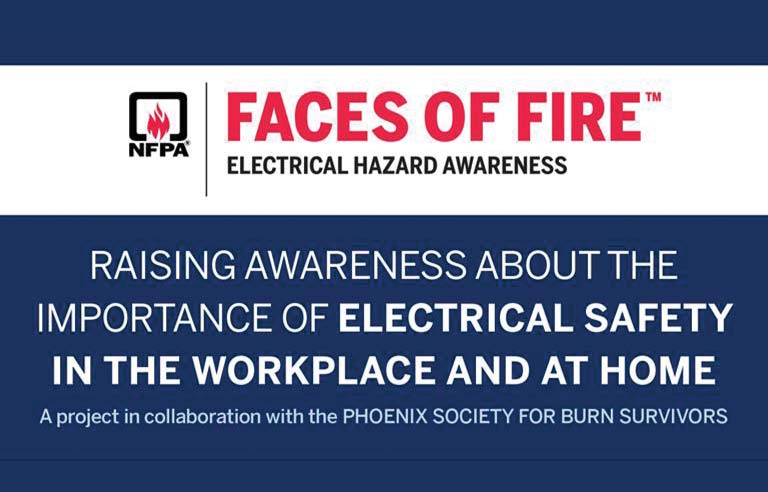 A new safety campaign from the National Fire Protection Association tells the stories of people who were injured in electrical incidents both on the job and at home.

Schury sustained second- and third-degree burns over 30% of his body when a 12,000-volt piece of equipment was short-circuited by a rat and caused an explosion. He spent more than two weeks in a hospital burn unit recovering from his injuries. Matagi, a power lineman, lost both of his hands after nearly 15,000 volts of electricity surged through his body when a scrap of cut wire he was holding contacted a live wire.

According to NFPA, 1,651 U.S. workers died as a result of electrical injuries from 2007 to 2016. Data from the Bureau of Labor Statistics shows that 1,900 nonfatal occupational injuries related to electricity exposure were recorded in 2019.

“Exposure to electricity poses a real injury risk to workers and the public,” Lorraine Carli, vice president of outreach and advocacy at NFPA, said in a press release. “The Faces of Fire/Electrical campaign helps better educate people about the true dangers of electricity and ways to prevent related tragedies from happening.”