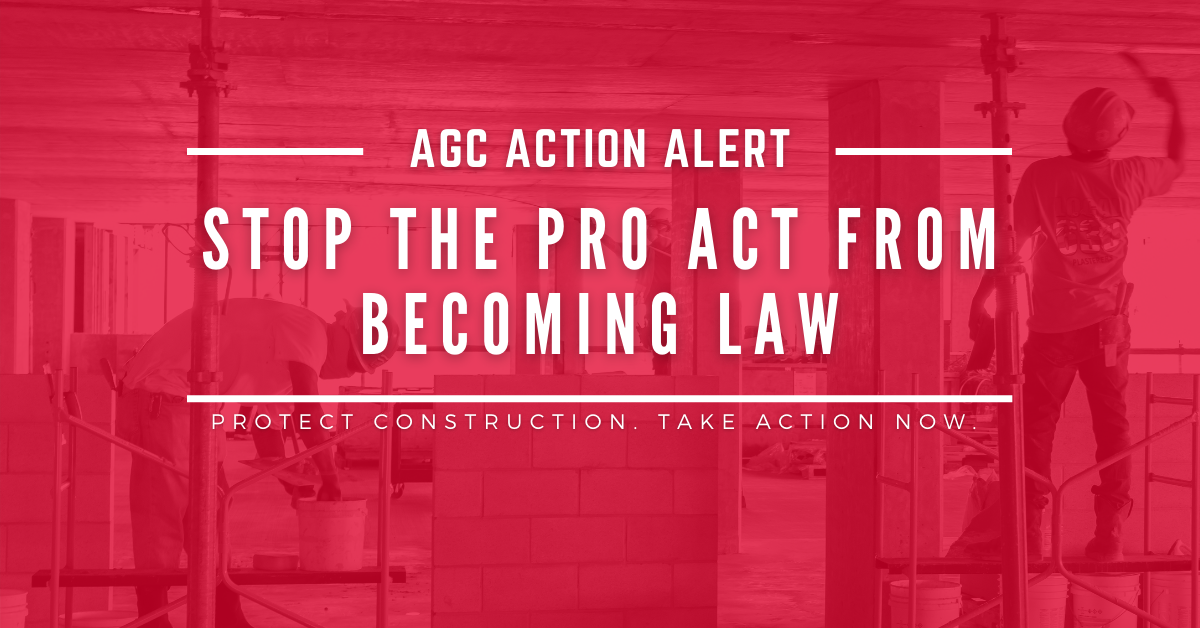 Tell your members of Congress & President Biden that the misleadingly-named Protecting the Right to Organize (PRO) Act is bad for construction.

The PRO Act would provide unions with additional and significant economic weapons without regard to their detrimental impact on an employee’s right to free choice and privacy and an employer’s ability to effectively manage its operations regardless of whether it is a union or open shop firm.

The U.S. House of Representatives is scheduled to vote on the PRO Act—which it passed in the previous Congress—the week of March 8.

Among the bill's provisions, it would:

Taking action is easy. Simply submit the pre-written message as is or customize it with personal information on how this issue impacts you and your company.