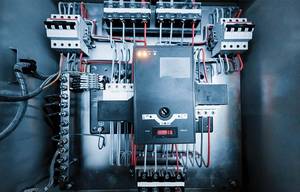 Millions of people work with or near electricity or electrical equipment each day.

“We all work around electricity, but we may or may not have strong familiarity with the actual hazards of electricity,” said Hugh Hoagland, senior partner and co-founder of e-Hazard, an electrical safety training provider. “We get used to it. You don’t think about the actual hazard every time you do an electrical task, some of which are basically inane if nothing goes wrong. But they can be catastrophic if something goes wrong.”

To give employers and workers a “how to” guide for eliminating electrical hazards, the National Fire Protection Association has published the 2021 edition of NFPA 70E, its standard for electrical safety in the workplace. OSHA considers NFPA 70E “the primary consensus standard addressing electrical hazards.” Although OSHA doesn’t enforce NFPA 70E, the agency can use the standard to support violations of its General Duty Clause by showing that a hazard is recognized and a feasible means of abatement exists.

So, any employer whose workers deal with electricity can benefit from staying up to date with NFPA 70E, which is revised every three years. Input on suggested updates comes from the general public, professional associations and experts such as Hoagland, and goes through NFPA’s 70E committee.

According to Hoagland, the ultimate goal of those who suggest NFPA 70E changes each cycle is twofold. “It’s worker safety and clarity,” he said. “We’re trying to make the standard more practical.”

NFPA Senior Electrical Engineer Christopher Coache said, “Over the last few cycles, the standard has taken steps for people not to misuse it and injure themselves. I like it because it’s easier for people to understand.”

Article 110, titled “General Requirements for Electrical Safety-Related Work Practices,” is where it all begins for workers.

“Article 110 applies to everything,” Coache said. “It’s the basis for what you should be doing.” Changes to the article involved reorganizing it to ensure the requirements are in a proper progression. This included moving the general principles of lockout/tagout from Section 120.2 and energized work requirements from Section 130.2.

The article contains a new subsection – 110.5(K) – that requires an employer’s electrical safety program to “include an electrically safe work condition policy.”

Article 360, titled “Safety-Related Requirements for Capacitors,” puts added attention on these energy storage devices that are used in many different systems, such as conveyers, heating, cooling and airflow.

“Capacitors were always included, but now they’ve got their own article,” Coache said. “With all the alternate energies, there are a lot of capacitor systems being used. If you shut them off, they still have power. It’s like a battery, essentially.

“The public, the industry and the technical committee felt that a full, dedicated article to capacitors was important. There are stored-energy capacitors used in lots of systems.”

The article includes measures to keep workers safe, perform a risk assessment and establish an electrically safe work condition for a capacitor.

With the addition of Article 360, the capacitive circuit threshold was deleted to avoid duplication and potential confusion, according to NFPA.

When it comes to arc flash hazards, “you’re better off assuming there is one until you know there isn’t one,” Coache said.

To that end, the 2021 edition of NFPA 70E includes a revised Table 130.5(C), designed to be used to help estimate the likelihood of an arc flash incident. The reason for the change is to make sure the standard is being used properly.

“That table came about because of a change in learning how people were misusing the standard,” Coache said. “It’s to pass the concept on that you need to make sure that the likelihood of an occurrence doesn’t exist for your piece of equipment. The people who write the standard and the public who share input don’t have the ability to determine if your piece of equipment has an arc flash or not.”

Coache said NFPA 70E was never meant to make individual determinations on equipment. For example, the standard isn’t able to take into consideration if a circuit breaker or other electrical equipment is poorly maintained.

“People were blindly going into the standard and using the tables without considering the likelihood of an occurrence,” he said. “The standard is trying to guide people more into making better calls than they had historically.”

The table comprises more than 30 tasks to determine arc flash likelihood, including a new entry on the initial operation of a circuit breaker or switch after installation and again after maintenance on the equipment, because each present a higher likelihood of an incident.

The result is more details focused on safety-related work practices, assessments, precautions and procedures when an electrically safe work condition can’t be established, along with elements and exceptions of a work permit.