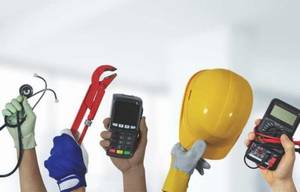 Wherever you work, electricity is probably present – and presenting a hazard.

“You can’t smell it. You can’t taste it, can’t see it,” said Brett Brenner, president of the Electrical Safety Foundation International. “And typically you don’t really even have to go within 10 feet of it for it to really negatively impact you.”

According to an ESFI analysis of Bureau of Labor Statistics data, 160 fatal work-related electrical injuries occurred in 2018 – a 17.7% jump from 2017. And although nonfatal work-related electrical injuries fell 29.4% over the same period, the industries with the leading number of these injury cases – construction, manufacturing, leisure and hospitality, and education and health services – involved occupations that don’t traditionally receive extensive electrical training.

To Brenner and other experts, this data should prompt a renewed call to action among employers to enhance electrical awareness and training.

“I think we’ve gotten away from telling people the rules of thumb, that electricity is dangerous,” Brenner said. “You’ve got to stay away from it, and there’s a reason why there’s signage around and there’s markings on the ground. But if nobody’s ever told you what those markings are for and what the potential hazards are, you can really get yourself in a bad situation.”

Focus on the specifics

Key to raising awareness is understanding that not all electrical hazards are created equal. Although each use of electricity creates a potential exposure to a hazard, the dangers typically vary, said Christopher Coache, senior electrical engineer at the National Fire Protection Association, who is involved in the updating and maintaining of NFPA 70E – the organization’s standard for electrical safety in the workplace.

“In the scheme of things, [awareness] is not just, ‘Well, be careful that you don’t get electrocuted,’” Coache said. “Getting electrocuted when you’re working on an industrial piece of machinery is totally different than the office manager who flips on a light switch. It’s specific. It needs to be (focused on) the tasks that they’re doing.”

To Coache, “there’s pretty much zero occupations in the world that don’t expose people or have them use electricity.” For this reason, he said, it’s imperative that employers stress the importance of having supervisors or workers with NFPA 70E training identify potential electrical hazards before work begins.

In April 2019, ESFI introduced a collection of videos, infographics and other resources designed to help workers in nonelectrical jobs stay safe around electrical hazards. Among the recommendations before starting work:

Using tree trimming and roofing as examples, Brenner warned workers in nonelectrical occupations to not be singularly focused on the task at hand without first considering and addressing possible electrical hazards.

“[Workers are] not looking around them enough to say there are other potential hazards,” Brenner said. “And it’s not going to jump out at you. It’s not going to tell you there’s something dangerous. You’re just going to find out, and it’s going to be too late.”

According to CPWR – The Center for Construction Research and Training, more than 70% of the 203 electrocutions that occurred in the construction industry from 2011 to 2013 involved workers who weren’t electricians.

Among all fatal work-related electrical injuries recorded by BLS from 2003 to 2018, 54% occurred in the construction industry, the analysis conducted by ESFI shows.

CPWR advises construction workers to inspect equipment and cords for damage before beginning work. Tag any compromised equipment as “Do Not Use” and only use tools that are double insulated – as indicated by a symbol of one square inside another square. OSHA requires ground fault circuit interrupters be placed on all temporary wiring, and a competent person needs to inspect GFCIs and all cords on tools and equipment to ensure they’re in safe condition. Additionally, OSHA requires employers to check for any live electric circuits on the jobsite – including overhead or underground power lines or circuits in walls where workers might drill – and tell workers of the hazard location.

According to ESFI, 36% of all fatal work-related electrical injuries recorded between 2011 and 2017 involved overhead power lines. Workers situated near power lines need to be constantly cognizant of the present hazard. Consider all power lines to be live and dangerous, the organization advises. Instruct co-workers to stay away from downed lines as well as any vehicles or objects in contact with them.

Brenner and Coache said dump trucks and other machinery used on jobsites have the potential to damage power lines during operation. In its trucking safety manual, Altamont, NY-based Carver Companies offers guidance for truck drivers involved in projects near overhead power lines.

Additionally, if you’re inside a vehicle that has come in contact with an overhead power line, stay put. As long as you remain inside and don’t touch any metal on the vehicle, you can avoid an electrical hazard. If the vehicle becomes engulfed in smoke or flames, however, ESFI advises operators to jump out with their feet together. Don’t touch the ground and vehicle at the same time, and stay away from wires. Shuffle your feet without lifting them to move away from the area.

Workers who use dump trucks and powered industrial trucks near power lines must know the height of their vehicle and realize their workspace is always moving. When hauling high loads, “be vigilant” about power lines, Brenner cautions.

In addition to raised dump truck beds, CPWR cited the following as possible equipment that could trigger an electrocution if contact is made with an overhead power line: aluminum paint roller extension poles, backhoes and cranes, concrete pumps, long-handled cement finishing floats, metal ladders, and scaffolding.

“That’s what I find frustrating, is these people are dying and getting injured at work for something that the employers are supposed to be aware of,” Coache said. He added that “it’s going to take a major shift of their mentality” for some nonelectrical employers to recognize the electrical dangers present in their workplaces. Coache blogs about electrical safety for NFPA and has spoken on the topic at trade schools and apprenticeships. Brenner can attest to the ongoing effort to raise awareness.

“It really does just come down to that,” he said. “Be aware of your surroundings and that electricity is uniquely deadly. It’s not going to give you a second chance.”