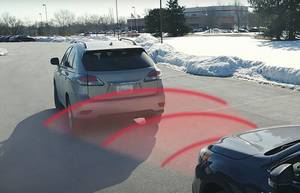 Itasca, IL - The National Safety Council is encouraged by today’s report from the Insurance Institute for Highway Safety indicating that 10 automakers have delivered ahead of schedule on a voluntary agreement made in 2016 to equip nearly all new vehicles with automatic emergency braking technology.

NSC estimates that in 2018, 18% of collisions involving multiple vehicles were rear-end collisions, resulting in about 3,000 deaths. In many cases, vehicles equipped with AEB are able to sense slow or stopped traffic ahead and urgently apply the brakes if the driver fails to respond, a technology that can reduce deaths and injuries on our roadways.

As the traffic safety community works toward the goal of zero traffic deaths by 2050, we know advanced driver assistance systems such as AEB will play a vital role. NSC applauds the automakers who have taken a step in that direction.

About the National Safety Council The National Safety Council is America’s leading nonprofit safety advocate – and has been for over 100 years. As a mission-based organization, we work to eliminate the leading causes of preventable death and injury, focusing our efforts on the workplace, roadway and impairment. We create a culture of safety to not only keep people safer at work, but also beyond the workplace so they can live their fullest lives.