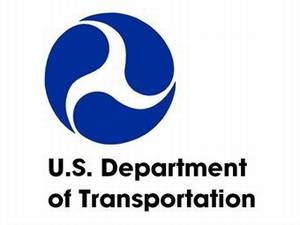 Joining NHTSA Acting Administrator Dr. Steven Cliff in spreading awareness about the deadly consequences of impaired driving and the steps being taken across the country to save lives and ensure equity in enforcement were representatives from Mothers Against Drunk Driving (MADD), the Governors’ Highway Safety Association (GHSA), Carolinas Medical Center, and the Tempe, Arizona, Police Department.

“Driving impaired, whether under the influence of alcohol or drugs, has devastating consequences and is illegal in every state. Not only do you put yourself at risk, but the lives of others as well,” said Cliff. “The tragic loss of life is 100% preventable. Instead of driving under the influence, plan for a sober ride home.”

According to NHTSA data, 10,142 people were killed in motor vehicle crashes in 2019 that involved an alcohol-impaired driver. On average, more than 10,000 people were killed each year from 2015 to 2019. That is one life lost every 52 minutes. All road users are at risk. In 2019, an estimated 13 percent of fatal pedestrian crashes involved a drunk driver.

Drivers can expect to see increased messaging and law enforcement presence on the road from August 18 through September 6, 2021, as part of this traffic safety initiative to improve road safety and keep impaired drivers off the roadways. The initiative is supported by a $12 million national paid media campaign that includes a number of sobering public service messages: Drive Sober or Get Pulled Over; If You Feel Different, You Drive Different; Drive High, Get a DUI; and Ride Sober or Get Pulled Over. View ads here: Ride Sober, Drive Sober, Feel Different.

NHTSA has these recommendations to prevent impaired driving:

Remember that it is never okay to drive impaired.

Plan ahead. Designate a sober driver, plan to use public transportation, or use a ride service to go out and get back home safely. Even one drink can begin to impair your driving ability.

If available, use your community’s sober ride program.

If you see an impaired driver on the road, contact 911.