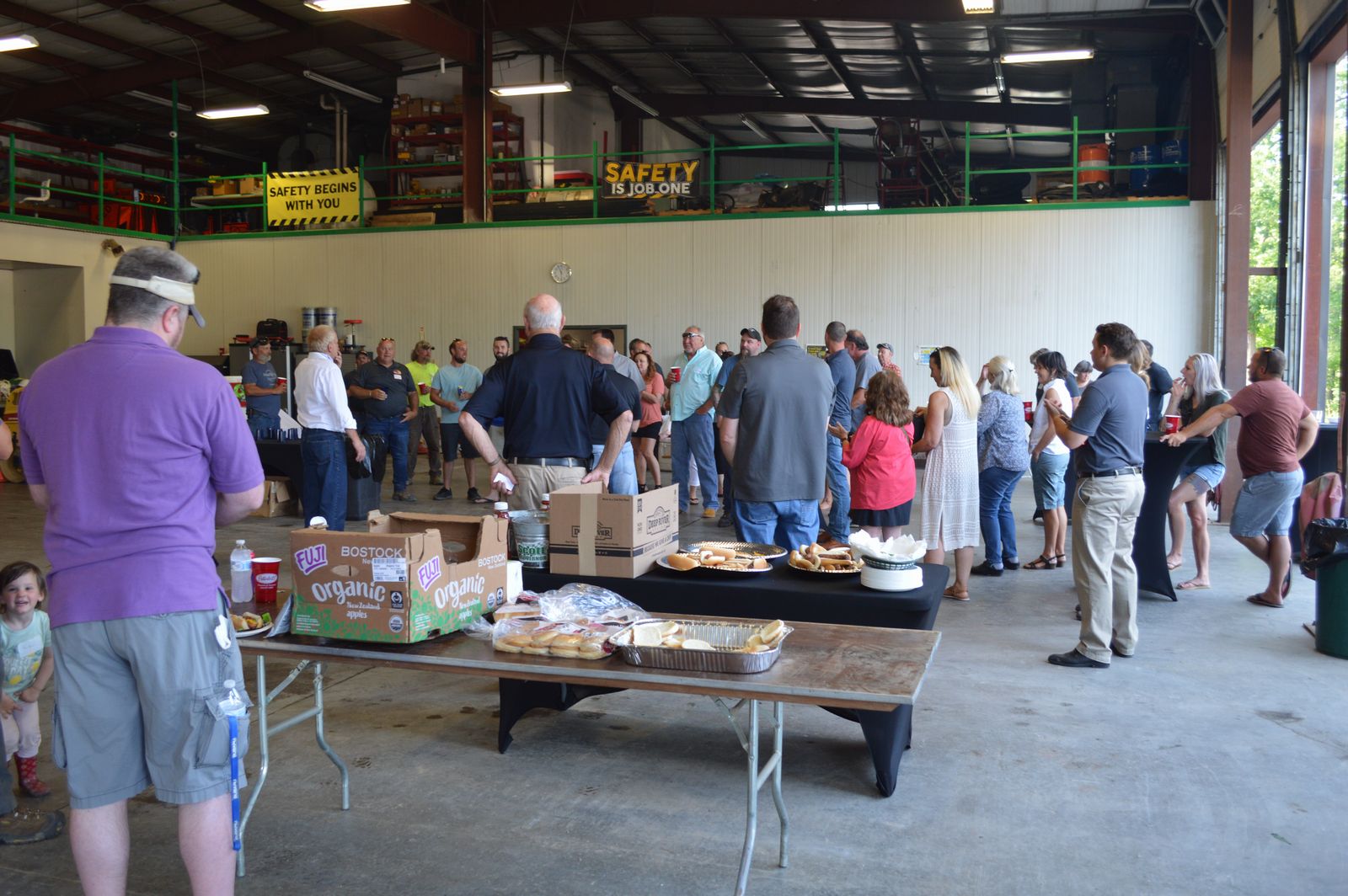 The AGC/VT team knew that when Governor Phil Scott dropped all COVID-19 restrictions on gatherings, that members needed to reconnect and re-engage not over a screen, not over a phone, and not as avatars.

Not a formal affair, or a meeting with an agenda, but an event that would let them hang out, enjoy a beer or soda, burger or hot dog, and talk.

The AGC/VT team figured they’d organize three mid-summer meetings two in July at AGC/VT headquarters in Montpelier, and at member, Dirt Tech’s offices in Colchester, and another in August at member, Casella’s in Rutland.

“We figured we’d get a couple dozen, at most, to come to the events,” Matt Musgrave, deputy executive director, explained. “We were definitely not prepared for the number of registrations at our two July meetings. Thank G*d, we had enough food!”

To the team’s surprise, more than 80 people showed up at headquarters and more than 60 people to Dirt Tech. (Both events also hosted pop-up vaccine clinics, with one Dirt Tech employee getting the shot.)

“Obviously, people wanted to get out,” said John Casella II, Co-President of Casella Construction. “I think more than anything, the incredible turnout was a testament to the relevance that AGC/VT has had over the last couple of years, and the effort that Richard and the team have put in to support us during COVID.”

Lauren Weir, HR/Office Manager, and Contract Manager at Dirt Tech agreed. “When Wobby called and asked Tim [Cole, the owner] to host, he said yes immediately. Being a member makes you feel like you’re really part of something special, and that you are part of a team. The information and resources AGC provided us and all the virtual calls and trainings they held, and the constant support and help they gave us this past year helped get us through COVID. We wanted to do what we could to be out there, support the organization, and help members reconnect face to face after having spent the last year and half meeting virtually.”

“We came out in droves and hung around for hours reconnecting with each other, developing new relationships, and sharing ideas,” Kelley said. “It wasn’t the beer or the burgers that brought us out—we can get that stuff anywhere—it was the people. That’s what makes our association so special and it’s our collaborations, connections, and commitment to our companies, the industry, and each other that will help us overcome any obstacle.”

Read more about the event in the next issue of The Build Board out on August 15.