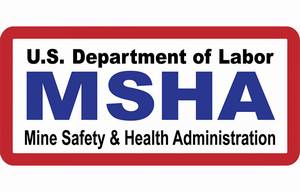 Arlington, VA — The Mine Safety and Health Administration has updated its guidance on preventing COVID-19 exposure among workers at coal, metal and nonmetal mines.

Unveiled March 10, the guidance advises mine operators and workers to establish a virus protection program or augment an existing one. According to MSHA, the “most effective” programs call on operators and miners to:

“The guidance is pretty straightforward, and we believe several aspects can be incorporated into your existing training plan, and it also contains recommendations as well as references to relevant MSHA safety and health standards that already exist,” acting MSHA administrator Jeannette Galanis said March 10 during a conference call with industry stakeholders. “The guidance is based on CDC guidelines and consistent with programs many of you were good enough to share with us.”

A majority of the Q&A session that followed the conference call addressed whether MSHA would proceed with a potential emergency temporary standard related to COVID-19. President Joe Biden on Jan. 21 signed an Executive Order directing OSHA and MSHA to consider ETSs related to COVID-19 and, if determined to be necessary, issue them by March 15.

Galanis and other agency officials said MSHA is continuing to explore whether an ETS is warranted, as MSHA remains in regular contact with OSHA.

Before asking the panel about which unanswered questions might still be giving MSHA pause in its assessment, Mike Wright, director of health, safety and environment at United Steelworkers, reiterated his support for enacting an ETS. In June, the United Mine Workers of America and USW sued the Department of Labor and MSHA in an effort to compel MSHA to issue an ETS. And in February, bipartisan legislation with the same goal was reintroduced in the House and Senate.

“There are some of us who really believe that there ought to be an emergency temporary standard,” Wright said. “The guidelines are voluntary, and we’ve found that the problem with voluntary guidelines is that although many mine operators will take them as guidance, the problem with voluntary guidelines is not everybody volunteers, and their workers deserve the same level of protection as mine operators who do the right thing.”

In response to Wright’s question, Galanis said the agency’s concerns center not on “politics or anything; it’s more policy and the mining environment.” For example, she said, MSHA is weighing how broad or “surgical” officials should be in addressing matters such as mine environments in which respirators aren’t needed or proper ventilation isn’t assumed.

Additionally, Galanis identified uneven contact tracing data and protocol as a complication, saying that contact tracing “hasn’t been that great in large swaths of the country, and so how do you set up a standard when we can’t even prove where the virus came from?”

During the conclusion of her remarks, Galanis noted that amid the pandemic, MSHA in 2020 conducted 37,114 onsite mine inspections – a slight decrease from the 37,656 inspections completed the year before.

“In the last seven weeks, it’s been a mishmash of standards, plus dealing with our own workforce and setting up policies within the DOL for our own workforce and at MSHA,” Galanis said. “So, we’re getting there. I’m not sure that the mining industry or DOL needs to make any more compelling arguments for or against an ETS. I just think that we are a very small front-office agency in comparison to an OSHA, and we are making decisions as fast as we can.”

In a press release, UMWA President Cecil Roberts calls the updated guidance “a significant step in the right direction” while imploring MSHA to take the next step.

“MSHA needs to build on this guidance and quickly issue an enforceable standard that applies to all mines and miners, whether they are union members or not,” he said. “The agency also needs to keep accurate statistics on the incidence of COVID-19 in America’s mines, so that a clear picture of the disease in our workplaces can be seen and acted upon.”