Is Time Contributing to Traumatic Injuries on the Job?
Friday, April 2, 2021
Section: OSHA 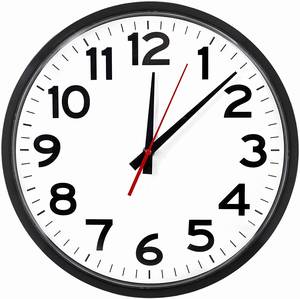 Time might play a larger part in the likelihood of a traumatic injury in the construction industry than previously thought. According to a study done by Oregon State University, construction workers are mostly likely to suffer traumatic injuries during the first four hours of their shift, and those who work evenings or night shifts experience more severe injuries than their day-shift counterparts.

The study is one of the first to analyze worker compensation injury claims data by the hour of work, which, according to Liu Yang, the lead author and doctoral graduate in OSU’s College of Public Health and Human Sciences, means the results of the study could be used for safety interventions in the workplace.

The study looked at 12,222 workers’ compensation claims from the Oregon construction industry from 2007 to 2013 that were accepted by insurers as disabling. In this case, “disabling” means any work-related injury that caused the worker to miss at least three days of work, or the injury required overnight hospitalization, permanent disability or death.

According to the study, workers were most likely to sustain an injury during the fourth hour of work. The hourly injury rate decreased after that, but increased slightly at the end of an eight-hour shift.

While injuries were less frequent after the fourth hour of work, injuries that were reported at that time tended to be more severe. Yang speculated that this could be due to the mid-shift rest or meal breaks that construction workers may take. They could experience some restorative benefits during these breaks, but if they are unable to, they risk more severe injury.

The study also noted that among workers who started after 6 p.m., injuries were suffered more frequently and were much more severe than day shift workers.

It is the hope of Yang, and others who worked on the study, that the results could help safety directors and managers pinpoint the time zones in which workers are most likely to sustain an injury. Arming workers with this knowledge could help to make them more aware of the periods of time when they are at the highest risk of injury. Workers can then make a concerted effort to stop, slow down, and focus on safely completing tasks.