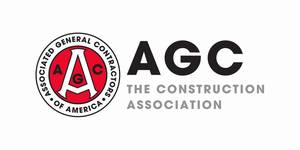 The Architecture Billings Index (ABI) climbed from 55.6 in August to 56.6 in September—the eighth consecutive reading above 50, the American Institute of Architects reported on Wednesday. The ABI is derived from the share of responding architecture firms that report a gain in billings over the previous month less the share reporting a decline in billings, presented on a 0-to-100 scale. Any score above 50 means that firms with increased billings outnumbered firms with decreased billings. “The ABI scores over the last eight months continue to be among the highest ever seen in the immediate post-recession periods that have been captured throughout the index’s history,” said AIA Chief Economist Kermit Baker. “However, it’s unlikely that revenue increases at architecture firms can sustain this pace. Given that growth in both new design contracts and project inquiries have moderated in recent months, we expect to see a similar path for the ABI.” AIA says, “The ABI serves as a leading economic indicator that leads nonresidential construction activity by approximately 9-12 months.” Scores by practice specialty (based on three-month moving averages) topped 50 for the eighth time in a row: mixed practice, 58.8 (up from 57.6 in August); commercial/industrial, 58.1 (up from 57.1); multifamily residential, 56.1 (up from 55.8); and institutional, 53.5 (up slightly from 53.4). A design contracts index slipped for the fourth month in a row but remained above 50, at 54.7, down from 56.6. The inquiries index declined for the third-straight month but remained high, at 61.8.

New surveys of union and open (merit)-shop contractors show varied wage patterns. “The first year of new settlements reached from January through September in 2021…for union craft workers in the construction industry had an average increase of 2.8%,” the Construction Labor Research Council (CLRC) reported on October 15. “All data in this report are based on the total package (wages, fringe benefits and other employer payments)….From 2010/2011 until 2019 rates increased slightly yet steadily each year. However, this robust trend was reversed in 2020, with the first decline in the size of increases since 2010 [from 3.0% in 2019 to 2.8% in 2020]. So far in 2021, the rates are comparable to those in 2020. CLRC projects slightly higher increases for the near future. Key impacts on union wage rates include COVID-19, craft labor shortages, construction spending and the continued slow but steady decline in union density.” Among 15 crafts, increases ranged from 3.2% for electricians and pipefitters/plumbers to 1.7% for roofers.

“Merit shop contractors anticipate skilled craft hourly wage increases of 3.01% in 2021 (3.21% excluding zeros),” compensation advisor PAS reported on Friday in its latest Contractor Compensation Quarterly. Actual increases for 2020 were 2.88% (including zeros) and 3.41% (excluding zeros). These increases are across the board for all craft, contractor types, sizes, and regions of the country. WorldatWork reports 2021 actual construction increases at 3.4% for nonexempt hourly nonunion positions. Historically, our projected numbers are slightly lower than the actual year end figure. [Increases were] led by the heavy civil sector with heavy equipment operators rising 4.9% and tandem axle drivers 5.7%. Combining all sectors, carpenters increased 2.0% and laborers moved up 4.7%. This year’s Merit Shop Wage & Benefit Survey includes 62,375 skilled craft employed by over 500 merit shop contractors. It covers 30 crafts….We just completed our 2021 Benefit Survey for Contractors where we seek data on turnover in non-craft positions. The turnover rate from July 2020 to July 2021 jumped to 17.9%, the highest rate we’ve seen since the 2005-2006 rate of 16.0% (think hurricanes and a large backlog of work). In addition to the hard numbers, we ask perception questions to gauge which positions companies feel they are experiencing retention issues….turnover in the superintendent ranks” was experienced by 88% of firms with more than $500 million in revenue, 71% in the $250-$500 million revenue range, 68% in the $100-250 million revenue range, and 21% to 49% in smaller revenue ranges.