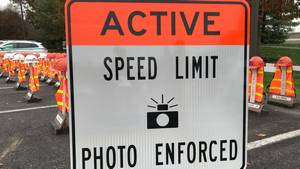 Another week has drawn to a close at the Vermont legislature inching closer and closer to "crossover". Crossover is a time scheduled with the Vermont legislature that bills should be voted out of either the Senate or House chamber allowing the other side time to complete their work vetting proposals and voting before the close of the session. Bills that do not meet the crossover period either are shelved until the next year or rules may be suspended should the legislative leaders deem it appropriate. The majority of the week kept committees busy reviewing each of the fine details in the Governors budget request.

The major topic of discussion outside the budget in the Senate Economic Development committee was unemployment insurance. Most of the week was spent dealing with the data breach from the week below which released 1099's for UI beneficiaries to the wrong addresses. The state has taken corrective action and will be working with those who have been affected to monitor and fix any identity theft issues. At the end of the week the committee turned to the unemployment trust fund. As reported previously the trust fund has been depleted from $500 million to approximately $225 million in the past 12 months of COVID. The committee is now debating several fixes to a schedule and triggered increase to premium payments. Chair Mike Sirotkin made a comment Friday that peaked AGC/VTs interest. Part of the ongoing debate regarding UI is how much money do we need in the trust fund. In fact, it seems to be a political issue. Last session a witness from a different trade association was rebuked for saying the goal of $500 million in the fund is "supercharged". This week Senator Sirotkin suggested that in 2009 when they had previously negotiated the "grand bargain" of the trust fund they never imagined it would ever need to be as high as $500 million or the $1 billion projected out in 10 years. This gives industry hope that we can find a reasonable trust fund goal that will keep premiums low while providing protections should COVID or something else cause massive closures again.

Another major point of interest was the inclusion of a pilot program using automated speed detectors in work zones that will send a warning letter to drivers who speed. This pilot program was suggested by the VTRANS work zone safety committee after AGC/VT and witnesses from the flagging community went to the state capitol after flagger James Alger was killed in a work zone. The variable speed sign detectors were suggested because uniformed law enforcement is in short supply in Vermont so work zones had little to no enforcement of traffic laws. AGC/VT will continue to advocate for this all the way to passage.

The Progressive wing of the General Assembly released a slew of workforce issue bills over the past two weeks. The paid family and medical leave proposal that was ultimately vetoed in the last session has returned. Several changes to unemployment insurance and workers comp have been introduced. A broad sweeping weatherization bill which would require unionized labor has been introduced among other bills that while well intentioned significantly increase costs with little consideration of Vermonts unique industries.

AGC National released a call to action this week on the PRO ACT which is working its way through the Federal Congress. The bill is being opposed by both organized and open shop AGC's across the country. The bill would significantly tilt the scales of fairness to union organizers by removing workers ability to choose for themselves. The policy would provide opportunities for secret card check votes and requires disclosure of employees personally identifiable information at the request of labor groups. You can read more about the PRO ACT and take action to notify Vermonts Congressional delegation by CLICKING HERE.

If you have any questions or would be interested in joining the government affairs committee contact matt@agcvt.org.