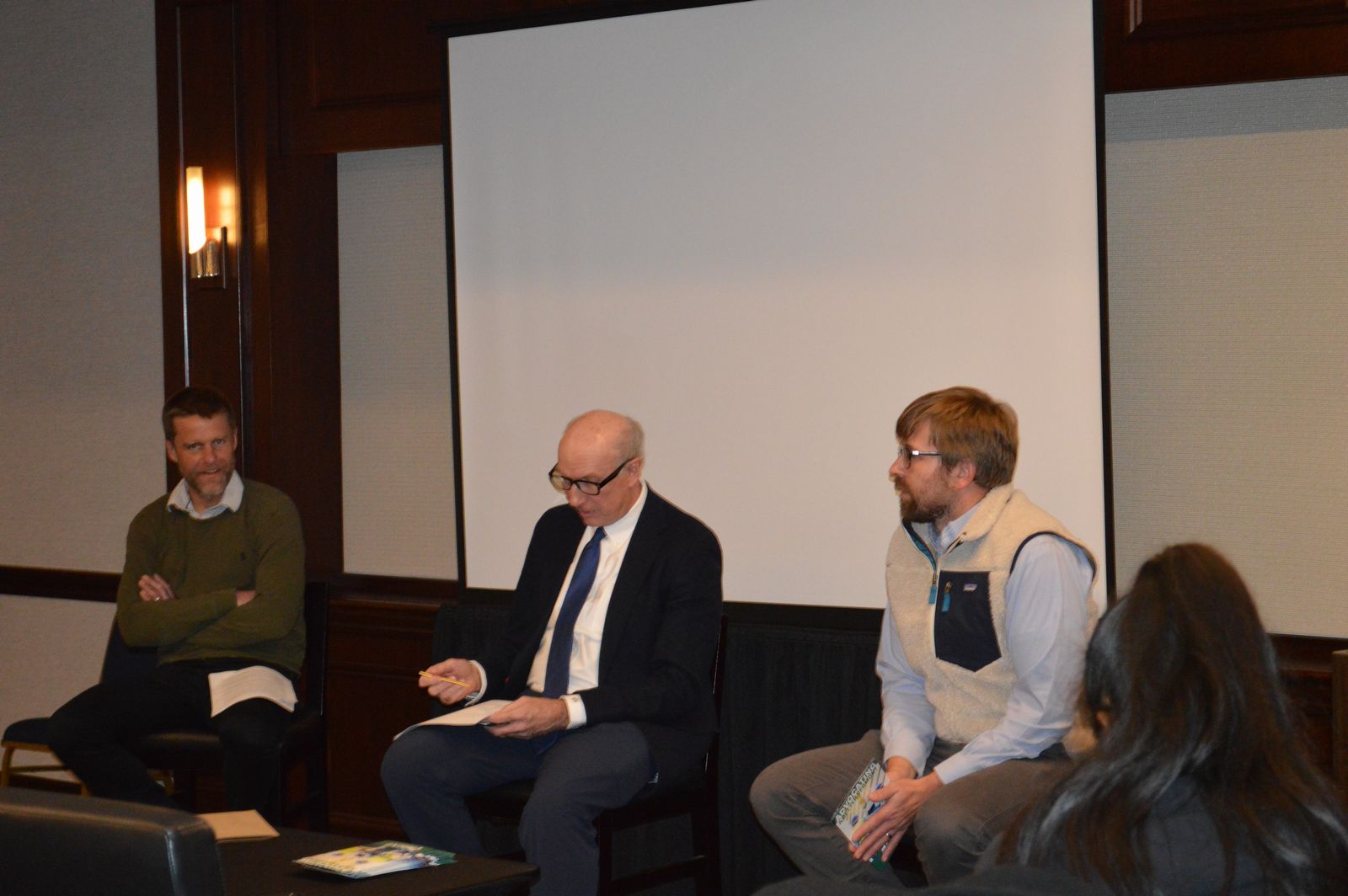 “This is a year of great change in Vermont state government,” said Paul Heintz, editor-in-chief at VTDigger. “We haven’t seen this much transition in statewide office-holders since the 1960s.”

Heintz’s comments came during the 2023 Legislative Preview breakout session hosted at AGC/VT’s annual meeting. For the first time in its history, the association organized a roundtable discussion featuring top Vermont journalists, who offered their take on what members can expect next year. Joining Heintz on the panel were Tim McQuiston, editor at Vermont Business Magazine, and Peter Hirschfeld, reporter at Vermont Public Radio (VPR).

Heintz expects the legislative session to start slowing, before gaining energy and momentum. This is due to a number of reasons including the sheer number of new elected officials at the statewide level and those joining the House and Senate. Heintz also noted the number of prominent retirements including numerous legislative committee chairs. This will also be the first in-person session since the pandemic, plus the Democrats and Progressives will hold the largest supermajority since the 1960s. If leadership can hold the parties together, then this supermajority could override a gubernatorial veto.

However, all the panelists said the human dynamic will play a major role. “The thing that’s so interesting going into this [legislative] biennium,” said Hirschfeld, “is that it’s an environment in flux. It’s incredibly dynamic: there are new members in the building that have never served there before. And because it’s a human organization first, I think those human dynamics are going to have a lot to do with what we end up seeing coming out of the building.”

Heintz noted that Governor Phil Scott and his Administration’s experience could shift the balance on big issues too. “We haven’t seen as much turnover in the administration as we typically do at this stage of a governorship,” said Heintz.

Some of the major issues that McQuiston and the panelists believe we’ll see action on during this biennium include: funding from the American Rescue Plan Act (ARPA) and the Coronavirus Aid, Relief, and Economic Security (CARES) Act; Governor Scott’s proposed Vermont Family and Medical Leave Insurance Plan (VT-FMLI); Vermont’s rising energy costs and the possibility of turning towards nuclear power; the carbon tax; healthcare; and the influence of the quasi-judicial boards and commissions on public policy.

McQuiston agreed that the start of the legislative session will be slow. “But they [elected officials] have these items, and they’ve got to pick up speed on it and [address] some of these things.”

Hirschfeld said he expects childcare will be the overriding issue, at least for the first year, if not the biennium. “The childcare issue is such a huge thing for so many people that they think it’s time to get it right, to do it right,” he said.

The panelists also took audience questions, with one attendee asked what they thought of construction?

“I think you’re the absolute best,” Heintz said, whose answer was met with laughter. Then, he pivoted, changing his answer to encourage audience members to reach out to their legislators. “I’m not going to answer that question, but I’ll put it differently,” he said. “I think there’s tremendous value in lobbying. I think that a lot of Vermonters underestimate the power that they have as individuals in the legislature just by speaking up and speaking out and calling their state rep or state senator.”

To learn how you can get more involved in the upcoming legislative session, contact Matt Musgrave at matt@agcvt.org and watch your inbox for regular updates on what’s happening in Montpelier.