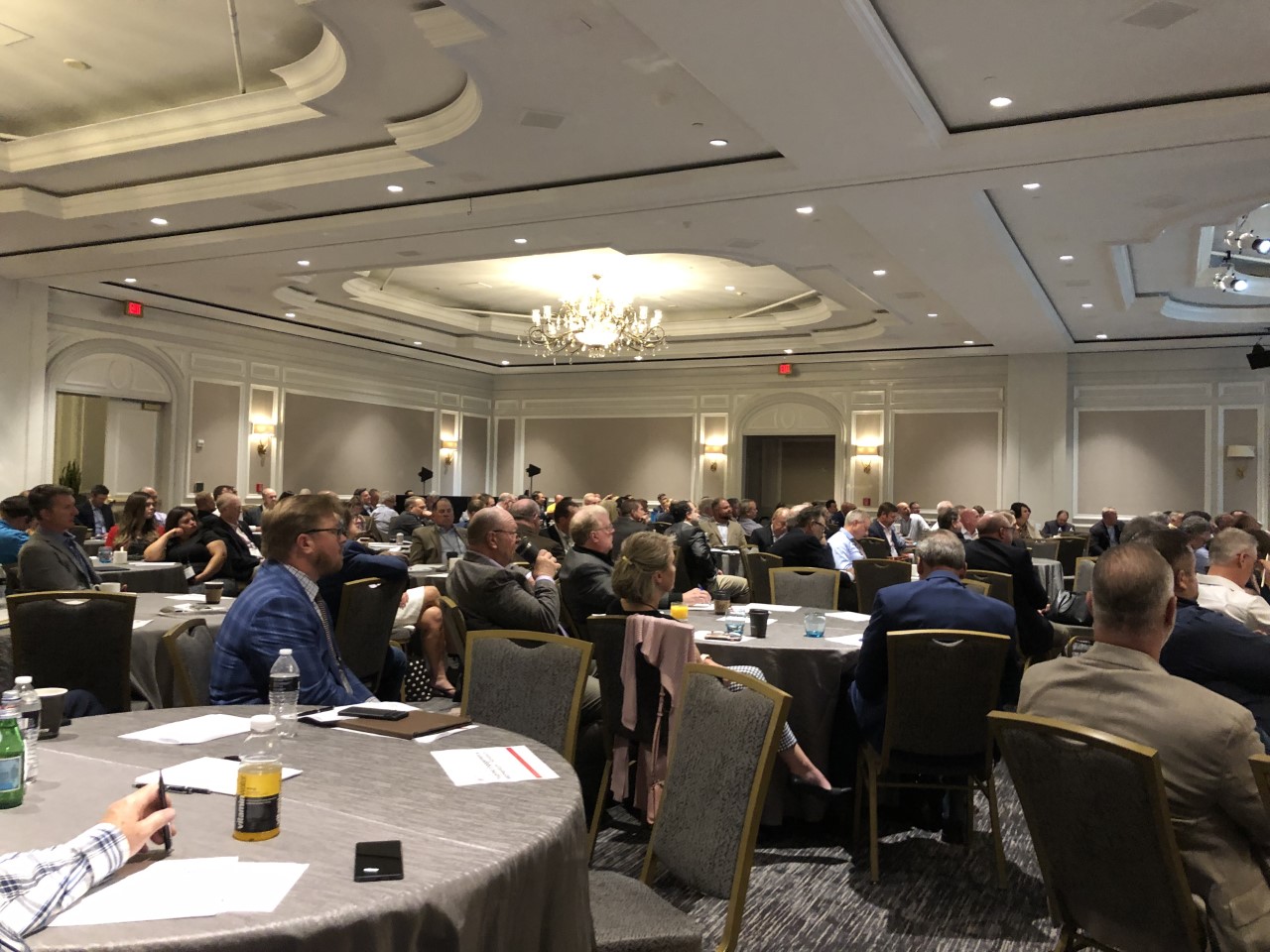 Perhaps one of the most significant take-aways I had at the AGC National Chapter Leadership Conference as a government affairs director was the keynote address from Amy Walter, National Editor of the bipartisan The Cook Political Report. Walter did what any pundit would do and kept the audience at the edge of their seat while they wade through the trifling and somewhat puzzling political position we are in as a nation. For me, the lecture was clear, and the message was that we have “way more work” to decide the 2022 elections both at a local level but also a national level.

Walter began the keynote with what we all know which is this country is more divided in political opinions than ever. She pointed out many of the swirling controversy our media outlets portray.

She went back in time to the month of April. At that time America was experiencing the front end of inflation. She explained that it was at that time that “Main Street” decided there was a problem. Although as an industry we had been watching the price of fuel products soar because of Federal policy, but not in April, it was much earlier. We as an industry saw what was coming, but Walters discussion focused more on the larger population. It was clear that this giant leap in fuel prices led to significant inflation close to 9% by May. Regardless, the public was hearing from the Biden administration that it was “Putins Gas Hike” and denied any responsibility or ability to fix the problem.  At this time, it was clear, Biden was a bust and the Democrats would loose both the House and the Senate in the November elections.

Walter reported to the crowd that as of June 22, 2022 the political landscape in America made a huge change. After months of almost everyone accepting a “red wave” in November of Republicans winning the election, the Supreme Court of the United States struck down a prior decision known as “Roe vs Wade” which protected the rights of a woman to have an abortion Federally.
If that was not enough to energize an electorate, the immediate past President of the United States hit the news again.

She continued that the FBI raided Donald Trumps home at Mara Lago Resort in West Palm Beach, FL. During the raid agents removed multiple boxes of papers that they alleged to be confidential information that Trump should not have possessed.  At the same time, the attorney general of New York advanced a case against Trump, his family and associates of an elaborate fraud scheme to bilk investors.

Walter explained that between the April story and the July story that most people would not want to guess what will happen in November. It has everything to do with voter turnout. She gave an amazing explanation for the current affairs of political opinion in our country, but it is not a loss. We have opportunity.

Walter elaborated on one of the most significant points we should all recognize and appreciate. She analogized the political spectrum of our county as a football field (not soccer). She identified the end zones as the political “right” and “left” or “Democrat” or “Republican”. What was interesting and I agree was that she said that the overwhelming percentage of Americans live “within the 40 yard lines” meaning that we share most of the same values all the time with some differences. She pointed out that the extremes of our politics live withing the end zones of those football fields. She also astutely pointed out that the press, social media, and politicians love to shine the spotlight on the end zones. The end zones sell newspapers and fill political coffers.

Walter went on to say that we as a country need to recognize that we all live within the “40 yard lines” and realize that the focus on the “end zones” create apathy and lack of voter turnout. She explained that in order for us to have a future in our economic, social and cultural times that we need to make sure that the people within the “40 yard lines” get out and vote in mass because that’s how we keep our country moving in the right direction.

Amy Walters speech was very inspiring to this government affairs director and my goal is to spread the word. Please forward this article and the rest of the information that you will be receiving form AGC/VT and VIECA so that we can get our “inside 40 yard line” out to vote.

Click here to download the “Elections Have Consequences” document that you can share with people that includes links and a QR code to AGC of Americas voting center. There visitors can see if they are registered, register if not, and see who their candidates are.

If you want to be more involved in the Government Affairs Committee, please reach out to me at matt@agcvt.org.