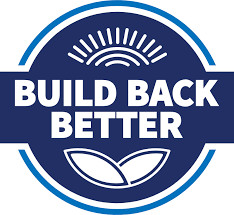 President Joe Biden was received a giant rebuke by members of his own parties Progressive caucus on Thursday, October 28. After pleading with Democratic party leaders that passage of this bill will make or break the platform the supermajority currently holds going into an election year. Biden asked his colleagues to pass out the infrastructure bill which included climate change policy that he wanted to bring to the G-20 summit in Rome and a subsequent climate meeting in Paris as the United States efforts to curb climate change. The Progressive caucus in his party decided their priority which is a wild $3.5 "human infrastructure" bill was worth handing the President a failure before world leaders.

AGC of America CEO, Stephen Sandherr issued a statement shaming both the Progressive Democrats, but also included Republican leadership who had urged members to vote against the bill too. Sandherr expressed frustration that Republicans would vote against a bill the former Republican President Trump championed which included provisions to accelerate permitting.

This was the third attempt to pass the infrastructure package and third time the "human infrastructure" bill caused a delay. Progressives believe that both bills should be introduced for a vote at the same time because they do not trust that leadership will bring it to a vote if they pass the first bill. The "human infrastructure" package is completely opposed by the Republicans and moderate Democrats because it contains a Progressive wish list that expands social programs, many questionable investments in government programs and socialization of more programs.

A major argument against the "human infrastructure" bill is: How will it be paid for? There has been a lot of negotiation over the past few weeks related to a billionaires tax which would target less than 1000 United States residents and a controversial program to end the exemption for capital gains not realized. Many believe that the capital gains change alone would have a major impact of incomes across the board as many who invest in real estate, stocks or other instruments. The complex nature of how the wealthy pay taxes and the rigidity of tax code make many fear that these trillion dollar investments now, would be paid for generations to come in the middle class.

Where does this leave our infrastructure bill?? In limbo of course!! With an election year only months away the supermajority is depending on passing these bills to remain competitive. With a controversial gubernatorial race in Virginia going to vote next week many believe it will show how the American public is feeling about the supermajority that cant even muster votes within their own party for top priorities of the administration. AGC of America sent out a call to action for members to urge politicians to vote for the $1.75 trillion bill. If you have received it, please respond. If you have not go to AGCs action alerts located on their website to participate.