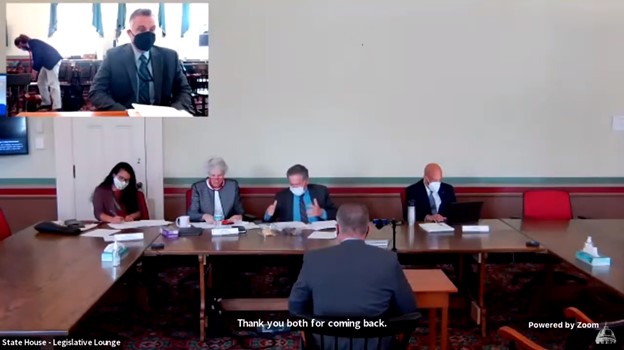 During the legislative session last year AGC/VT and a flurry of other business groups sought and succeeded in solving an unemployment insurance issue created by COVID-19. The massive layoffs that occurred following March of 2020 spent close to $300 million of Vermonts unemployment insurance trust fund. The trust fund premiums and goal which has been $500 million since the 2008 recession faced a statutorial change due to the years unintended expenditures which would have pushed premiums up from 60% to 3X what people were paying in 2020 for 10 years. The consequence of 2020 changed the trust fund target to over $1 billion and would cause a significant challenge to employers recovering from the closures caused by the pandemic. Part of the negotiation for the "2020 fix" which would ignore 2020 in the calculation for UI premiums saving employers approximately $400 million over the next 10 years was a short term $25 supplemental benefit to people collecting UI. The US Department of Labor has since advised the state that it would be illegal to use the trust fund for "supplemental" benefits as written in the bill.

This drew ire from the legislative committees who negotiated the deal including the committees of House Ways and Means, Commerce and Senates Economic Development committee. Part of the legislation passed last year included a joint unemployment insurance off season study committee which has convened over the past few weeks and this has been topic number 1. There have also been off season meetings of the Senate Economic Development Committee chaired by Senator Michael Sirotkin who expressed massive frustration with Vermonts Department of Labor Commissioner Michael Harrington. Questions revolved around why the administration had not notified the committees that the US DOL had questioned the policy back in June while the legislature was still in session and they could change the language or fix the issue. Harrington has repeatedly stood by the fact that since there was no definite decision that the message had not been relayed to the legislature. Committees continued to question the Commissioner and were questioning the motives of the administration. Commissioner Harrington explained the process that had taken place and noted that the decision was made overnight between multiple committees on the final days of the session and that more work should have happened prior to passage.

Where does this leave Vermonts employers and unemployed? The 2020 fix is a legal part of the act that was passed in the 2020 session and the unemployment premiums will not skyrocket but will see a modest bump. However, the unemployed will not be receiving the $25 per week payment and the legislature is currently looking for methods to correct the issue. This will likely be a major issue in the 2021 session and AGC/VT will be tracking the issue to make sure that the hard work in keeping employment taxes low will not be undone.

AGC/VTs lobbying team is now gearing up for the 2021 session with planning meetings coming up soon. If you are interested in joining the committee please email matt@agcvt.org.