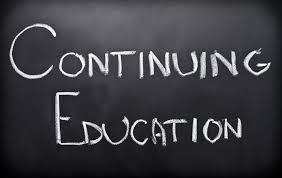 American drivers are seeking more information and features that would help them reduce distracted driving, according to a new survey.
Some 89% of U.S. motorists say they need better education about the impact of distracted driving and 74% say they would pay more for a vehicle with built-in features to correct or prevent distractions on the road, according to a recent survey by The Harris Poll and Volvo Car USA.
The report explores sources and solutions of distraction on the nation’s highways and byways.
Drivers identify using a phone as the number one distraction while driving, with 43% noting cell phones as the main culprit.
However, another top source of distraction behind the wheel is driving while worried, an activity 92% of Americans admit to doing. In fact, one-third of respondents say they are “always” or “often” worried behind the wheel.
Other sources of distraction that respondents noted include children in the vehicle (11%), other passengers (9%), and changing the GPS (8%) or music (5%).
When asked to identify top safety threats on the road, 55% of survey respondents cited distracted driving-far surpassing driving under the influence of alcohol or drugs (31%), driving aggressively (8%), and speeding (3%).
The report authors conclude that Americans are looking for help to minimize distractions.
The vast majority (84%) agree that it’s safer for drivers to use voice commands to activate or control their vehicle’s features, rather than manually doing so. Three in four say the roads would be much safer if all vehicles had voice command capabilities and 74% say they expect to use the technology more in the next five years than they do now.
As for specific applications, more than half say they would use voice command technology for the navigation or GPS.