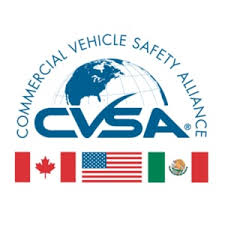 During the week of July 14-20, the Commercial Vehicle Safety Alliance will hold its annual Operation Safe Driver Week event, with law enforcement personnel being on the lookout for commercial vehicle and passenger vehicle drivers engaging in dangerous driver behavior.
Drivers engaged in unsafe driving behavior will be pulled over by law enforcement and may be issued a warning and/or citation. The CVSA emphasizes the importance of driver behavior, citing a National Highway Traffic Safety Administration statistic that driver actions contributed to 94% of all traffic crashes.
Each Operation Driver Week has a point of emphasis for enforcement and this year’s emphasis is on speeding. In 2017, speeding contributed to 26% of all traffic fatalities, over 9,700 lives, according to NHTSA. Specifically, speeding of any kind was the most frequent driver-related crash factor for drivers of commercial motor vehicles and passenger vehicles, according to Federal Motor Carrier Safety Administration’s 2016 Large Truck and Bus Facts.
During Operation Safe Driver Week law enforcement jurisdictions throughout North America will be endorsing, promoting and supporting the following message: Late won’t kill you, speeding will.
“For more than two decades, speeding has been involved in nearly one-third of all motor vehicle fatalities,” said Jay Thompson, CVSA president and chief with the Arkansas Highway Police. “That is unacceptable, especially because it’s preventable. We will continue to educate the public on the dangers of speeding and we will identify individuals who are speeding on our roadways and may issue citations as a deterrent to future speeding tendencies and to affect diver behavior.”
In addition to the emphasis on speeding, law enforcement personnel will be tracking other dangerous driver behaviors, such as distracted driving, texting, failure to use a seatbelt, following too closely, improper lane change, reckless or aggressive driving, failure to obey traffic control devices, evidence of drunk or drugged driving, etc.
During last year’s Operation Safe Driver Week, 16,909 passenger vehicle drivers and 1,908 commercial motor vehicle drivers were issued citations for speeding. In addition, 17 commercial motor vehicle drivers and 714 passenger vehicle drivers were cited for driving too fast for the conditions.
“As unpopular as traffic citations are among drivers, we know that driver behavior does respond to contacts with law enforcement and warnings and citations,” said Thompson. “Roadway safety is our top priority and this traffic enforcement initiative supports our goal of making sure everyone driving on our roadways is doing so safely.”

A Guide to Developing and Sustaining a Safe Workplace

How to ace the roadside inspection